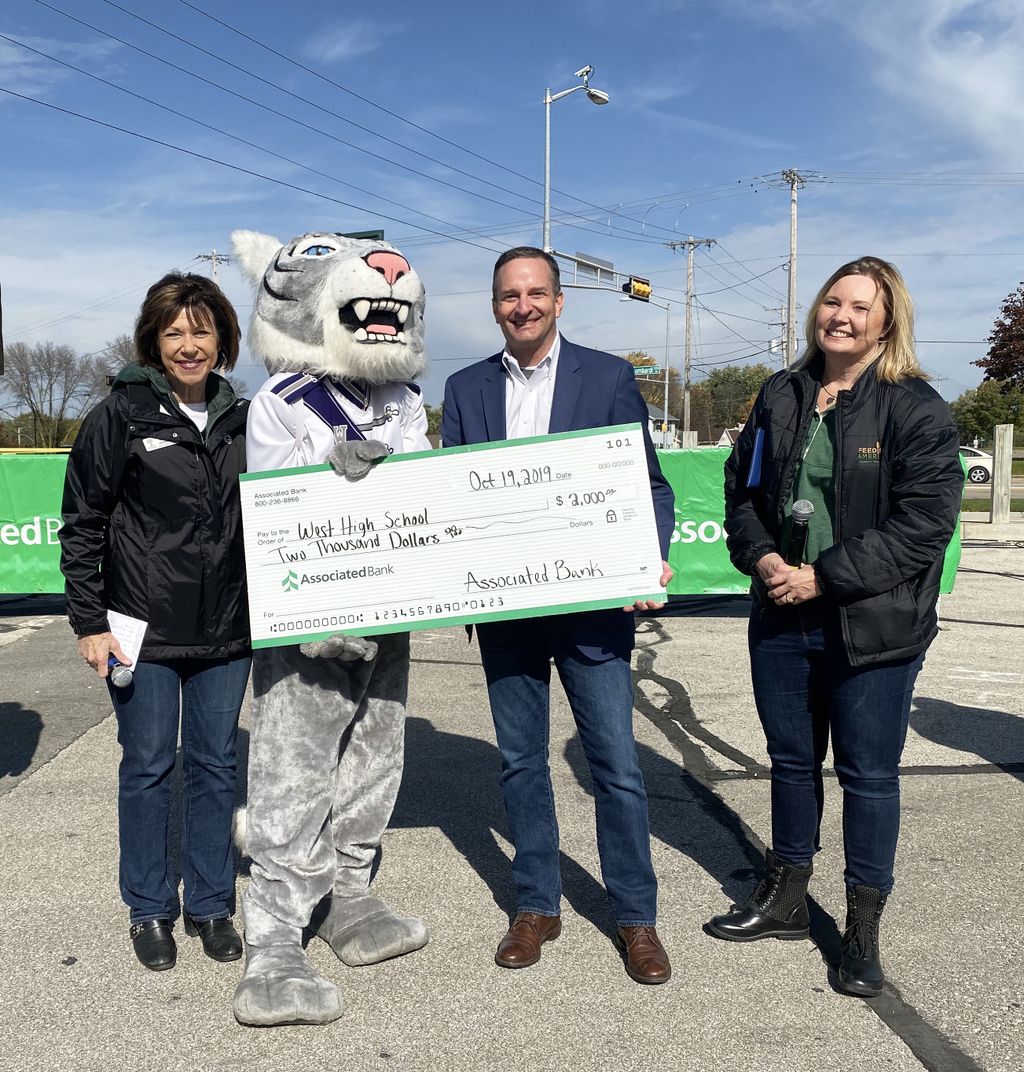 Leading up to the event, Green Bay East, West, Preble and Southwest high school bands were challenged to a friendly competition to see who could gather the most food donations per student. In the end, a record 16,400 pounds of food was collected – more than twice as much as the previous year. This equates to more than 14,900 meals collected by area high school and middle school students, as well as community members who dropped off food and monetary donations at the event. 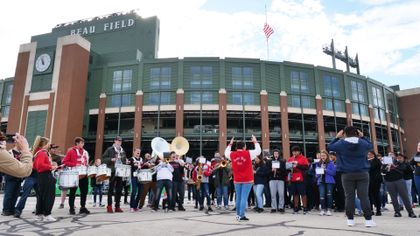 A pep rally with the four high school bands entertained community members as they dropped off donations at the event.

Green Bay West High School collected the most pounds of food per student and received a $2,000 grant for its music program, which will be used to purchase ensemble fundamental books and additional percussion equipment. Associated Bank also awarded a $1,500 grant to each of the three remaining schools.

“We are thankful to Feeding America Eastern Wisconsin and Associated Bank for their generosity and for distributing food back to our school’s pantry, fulfilling a significant need for some of our students and their families,” said Karen Iken, band director, East High School. “I’m so proud of the students and the work they did collecting donations for this event to help fight hunger in their community and even their own school.”

The remaining food donations will be distributed to Feeding America Eastern Wisconsin member food pantries, shelters and meal programs throughout the region.