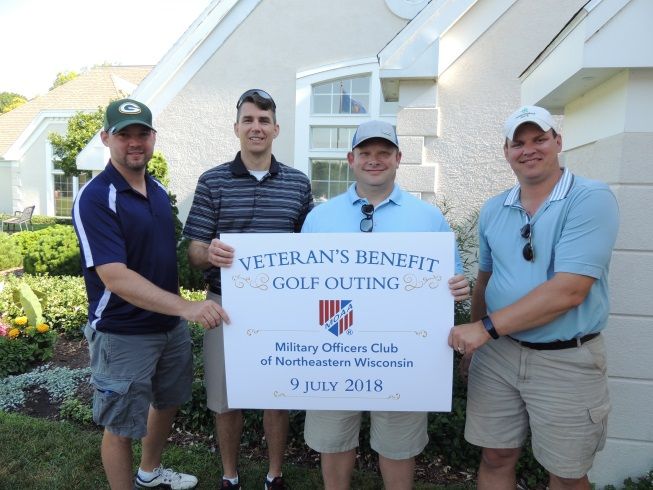 As a sponsor of the Veteran’s Benefit Golf Outing, which took place at Oneida Country Club on July 9, Associated Bank donated $10,000 to the Military Officers Club of Northeastern Wisconsin (MOC).

To help support veterans throughout Wisconsin, the donation will be split among six veterans’ charities:

In addition, a dozen Associated colleagues participated in the event by volunteering their time.

The MOC is the local affiliate of the Military Officers Association of America (MOAA), which is committed to providing needed support to the members of the uniformed services, their families and survivors and advocating for the community.

“Associated Bank is proud to have participated in this event for the past six years,” said Bob Kapla, senior vice president, business solution director and executive sponsor of the Associated Veterans Network. “This further demonstrates Associated’s commitment to supporting veterans and military personnel within the business as well as the communities we serve.”