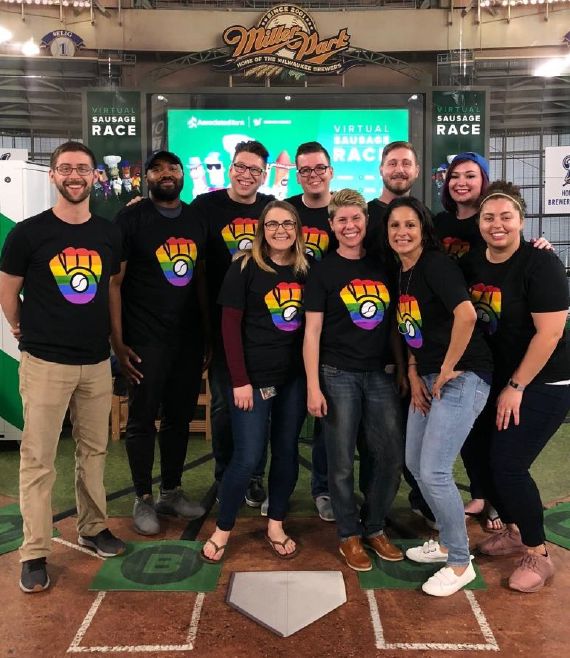 Associated Bank, in partnership with the Associated Pride & Equality Exchange (APEX) colleague resource group, celebrated National LGBT Pride Month in June, recognizing the impact that lesbian, gay, bisexual and transgender individuals have had on history as well as in business, both locally and around the world.

APEX was created to educate, attract and retain lesbian, gay, bisexual and transgender colleagues and serve as a resource to the communities in which they reside. APEX offers inclusive educational and community involvement activities that promote a culture that respects the diversity of human expression and identity and creates opportunity for all.

“We want colleagues to understand that we value them, not just for what they add to our bottom line, but for who they are as individuals,” said John Halechko, director of branch banking and executive sponsor of APEX. “Diversity and inclusion is a top priority in our workplace, which we demonstrate through our CRG activities and offerings.”

To celebrate the month, Associated Bank colleagues took part in the first-ever Milwaukee Brewers Pride Night at Miller Park on June 21. Attendees received a ticket, courtesy of Associated Bank, to watch the game from the corporate suite. They participated in a pride parade on the field before the game and left with a commemorative Pride Night t-shirt.

In addition, Associated Bank colleagues throughout our footprint, showed their support for the LGBT community by participating in a variety of events throughout the month: