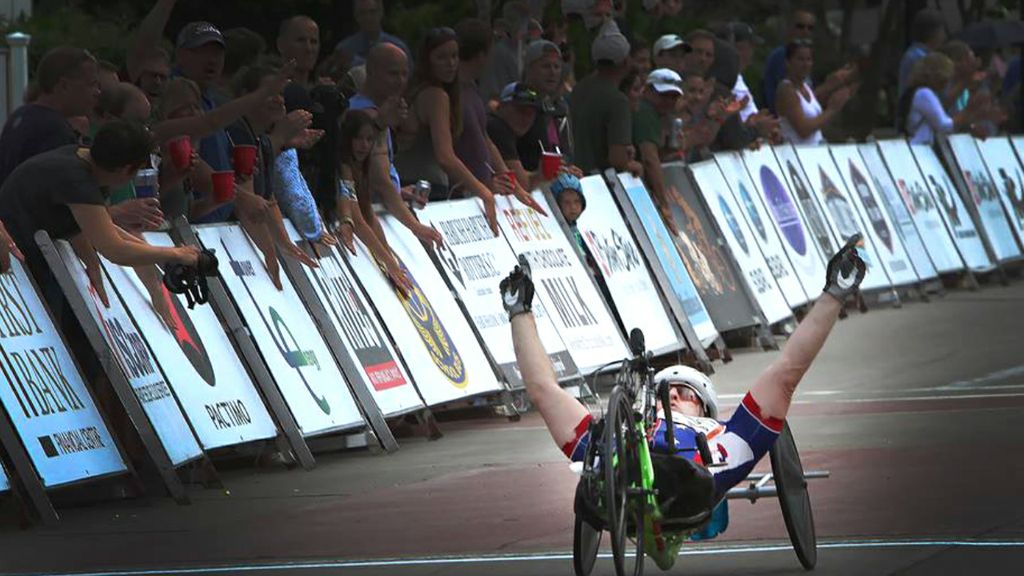 The Associated Bank Handcycle Classic will take place at three race stops of the tour beginning June 20. Each race is a 35 minute spectator-friendly criterium. Like other racers, the handcyclists will compete for overall series winner’s jerseys, prize money and overall series championship. Below are the times and dates for the three-race series:

“Our value of supporting those with disabilities, demonstrated through our internal colleague resource group, Associated Forward Abilities Network (AFAN), aligns perfectly with ToAD as they have opened the doors to riders affected by varying disabilities to showcase their talents and abilities as cyclists,” said Paul Schmidt, executive vice president, head of commercial real estate and executive sponsor of AFAN, Associated Bank. “This sponsorship allows us to reinforce our commitment to the well-being of all in our local communities.”

“Associated is excited to become the Title Sponsor of the Handcycle series,” said John Halechko, director of branch banking, Associated Bank. “As many of the race stops are near our branch locations, this is a great way for us to further support the communities we serve.”

Now in its eleventh year, ToAD features criterium-style bike races daily in communities throughout Southeast Wisconsin. Last year more than 110,000 spectators attended the series, which featured nearly 5,500 entries from over 1,000 racers including professionals, Olympians and amateurs. Racers came from more than a dozen countries and 40 states coast to coast with 70 percent coming from outside of Wisconsin and ranged in age from pre-teens to sixties.