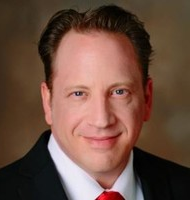 Dan Dockendorff, Business Solutions Manager with Associated Bank in Milwaukee, was recently presented with a Patriot Award by the Employer Support of the Guard and Reserve (ESGR) for his support of a team member while on military leave.

ESGR, an agency of the U.S. Department of Defense, recognizes supervisors for their efforts to support citizen warriors through measures such as flexible schedules, time off prior to and after deployment, caring for families and granting leaves of absence, if needed.

Dockendorff was nominated by Associated colleague Julia Orne for his support during her deployment with the National Guard responding to COVID-19 relief efforts in Madison.

“Dan has been very supportive throughout my two-and-a-half years with Associated Bank,” said Julie Orne. “I’ve had to leave at least twice per year for training for about three weeks each time. Even though we have been short-staffed at times, my employer and my team have always been there for me.”

Robert Strange, the Wisconsin Area Chair for the ESGR, presented the award at the Associated Bank Veterans CRG quarterly meeting on June 24. Dockendorff is the 20th Associated Bank colleague to be nominated for this recognition.