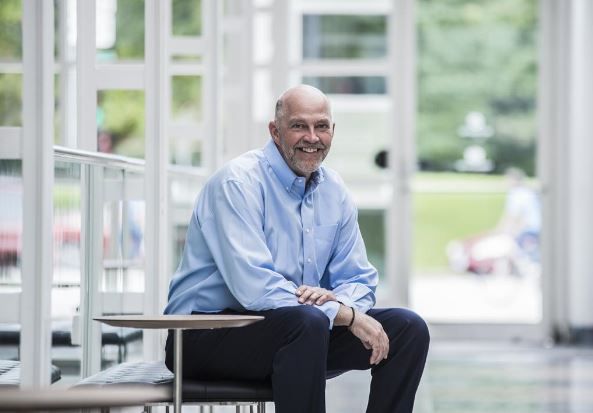 Randall Erickson believes that surrounding himself with good co-workers creates a multiplier effect.

As general counsel – among other titles – at Green Bay-based Associated Bank, Erickson is responsible for the corporation’s legal matters. That entails counseling the board of directors, chief executive officer and executive team, as well as managing Associated’s legal department.

Erickson said he views the department as a team and hopes he is a great leader for its members.

“To the extent I have had success, I think it’s because I’ve tried to recognize really smart, ambitious people, encourage them and give them opportunity,” he said.

With a strong team, he said,  "really, there’s isn’t anything we can’t accomplish.”

Erickson earned his juris doctor degree from the University of Wisconsin Law School in 1984 and has worked at law firms including McDermott Will & Emery and Godfrey & Kahn SC. He holds the distinction of serving as Marshall & Ilsley Corp.’s only general counsel – a position he filled until Wisconsin’s one-time largest bank was acquired by the Bank of Montreal in 2011.

Erickson has worked at Associated Bank since the spring of 2012.

Phil Flynn, Associated Banc-Corp president and chief executive officer, said the bank was fortunate to find Erickson when it was looking for a new general counsel.

“I was able to get a very experienced bank general counsel with expertise in a lot of different areas that are important to a bank,” he said.

When he entered the legal field, Erickson said, he was drawn to corporate and securities practice, because he liked the work and pace of doing deals. Since 2015, Associated has completed five acquisitions, including the recent $482 million purchase of Bank Mutual.

Flynn points to that deal as just one example of Erickson’s success with the organization, noting that he was one of the people who played a key role in the transaction. Flynn said he appreciates that Erickson’s advice is neither too conservative nor overly aggressive, and that he frames his advice within the context of achieving Associated’s goals.

Erickson said there’s no “magic” to being good at his job; his role is to be a good counselor.

“That’s sometimes giving advice people would just as soon not hear, but also giving them alternatives when it’s an answer they don’t like,” he said.

Erickson said his goal is always to help his clients – Associated, in this case – grow and expand. He considers moments in his career to be professional accomplishments when he helps a client organization grow, profit and act as a good corporate citizen.

“I’ve been very fortunate,” he said. “The organizations that I have worked for have been big contributors to their communities.”