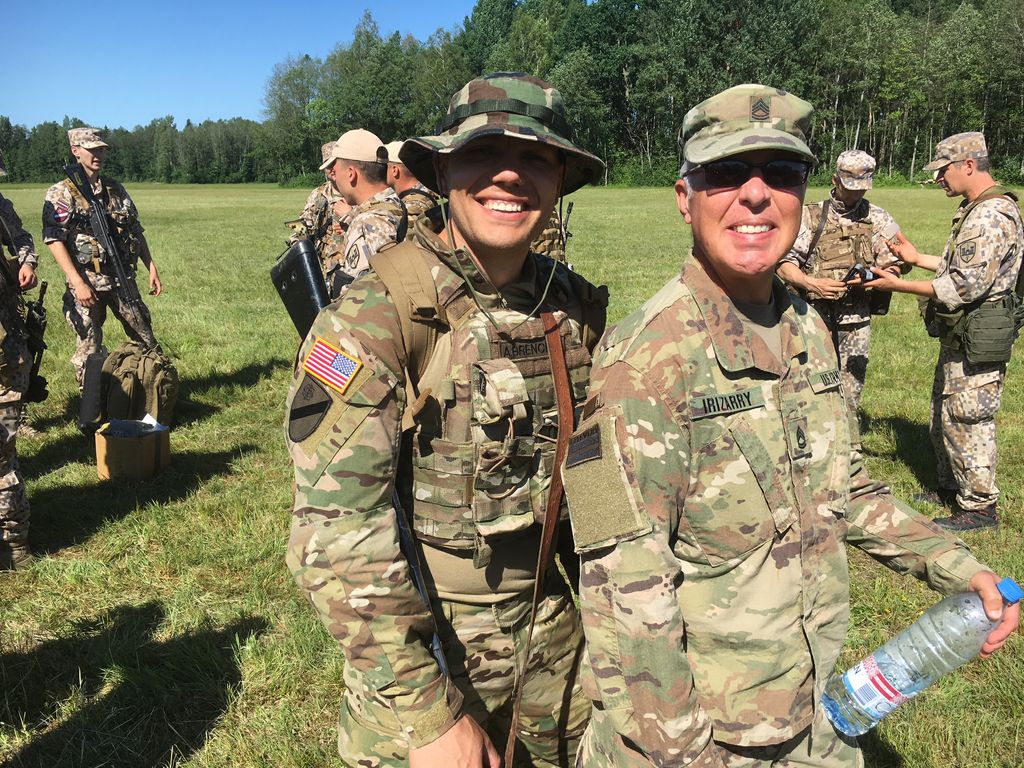 Sgt. 1st Class Tom Irizarry (right) while on deployment to the Baltic states. He's a member of the 432nd Civil Affairs Battalion and works at Associated Bank.

Work was one less thing Tom Irizarry had to worry about when he deployed for 10 months to the Baltic states with a U.S. Army Reserve Civil Affairs unit.

“Having that support really allows you focus on what you’re doing, why you’re there, and what you hope to accomplish while you’re there, without thinking about my job back home, my family or my finances,” he said.

Irizarry is an information security risk analyst at Associated Bank who has been with the company 17 years and a team sergeant with the Ashwaubenon-based 432nd Civil Affairs Battalion.

His job was secure — covered by a contractor, who was also eventually hired by Associated — and the company stayed in touch with Irizarry while he was gone.

“They sent me email updates, cards, care packages,” he said. “That connection with the Associated Bank colleagues was a big deal.”

Four Associated Bank leaders were recently recognized with a Patriot Award by Employer Support of the Guard and Reserve for their support of employees while deployed or on military leave.