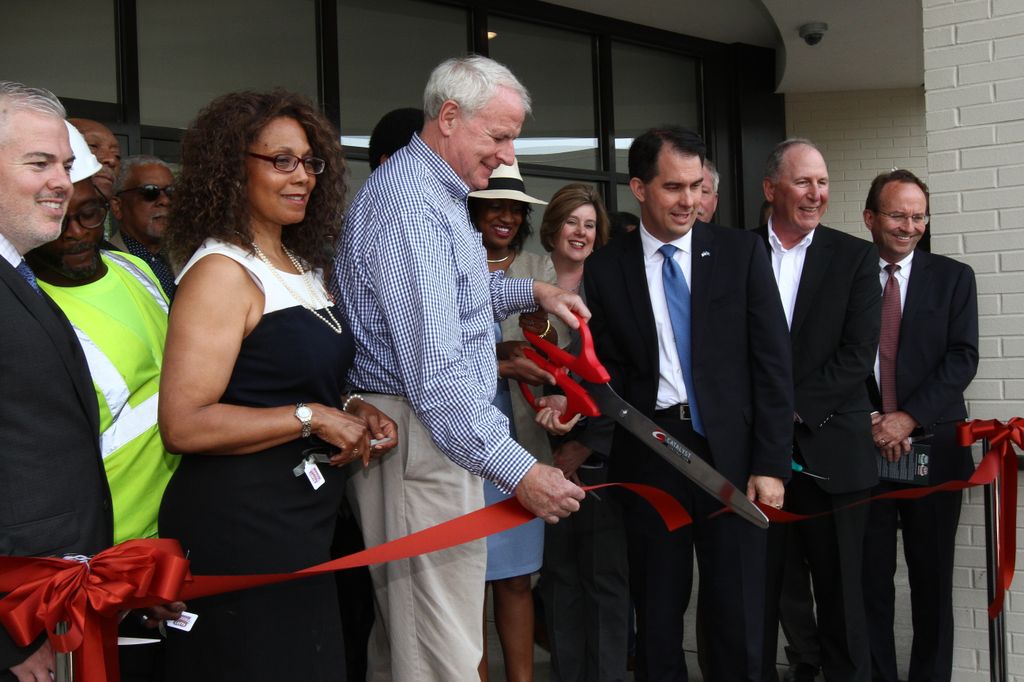 The project is a $21 million historic renovation of an underutilized and deteriorating 190,000 sq. ft. industrial building, built in 1916 as a Nunn Bush shoe factory. The property is named in memory of Welford Sanders, the former executive director of Martin Luther King Drive Economic Development Corporation, who passed away unexpectedly in May 2015.

“This project demonstrates the important role public-private ventures play in our state’s economic development,” said Wisconsin Governor Scott Walker. “It is inspiring to see the positive repurposing of an historic building into an economic generator and job generator for the Milwaukee neighborhood.”

The renovated office space is being leased to the previous tenants of the Milwaukee Enterprise Center, several of which are involved with providing job training and other services to eliminate employment barriers for unemployed and hard-to-employ Milwaukee residents.

“We are proud to play an active role in this project,” Flynn stated. “Through our financial support and ongoing commitment to providing financial education programming, we hope to create opportunities for individuals, families and businesses to fully participate in and share the rewards of building economic stability in our community.”