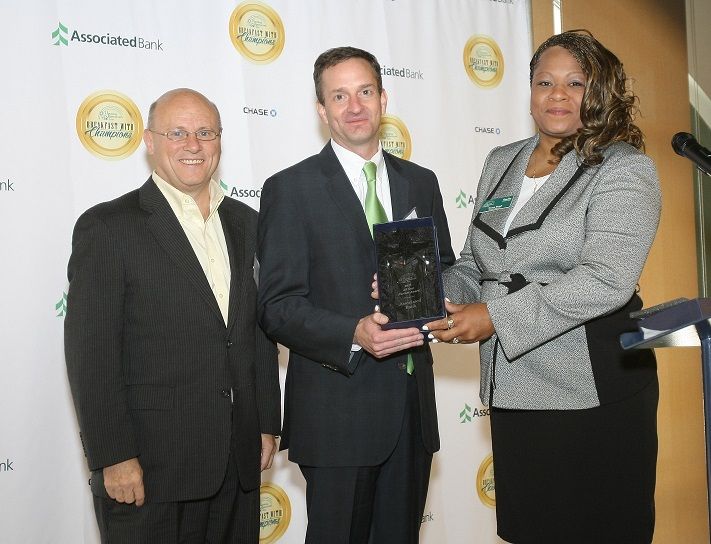 Associated Bank was also recognized with a 2015 Communitas Community Partnership award for its Hits for Homes initiative. Communitas is an outgrowth of the pro bono recognition program of the Association of Marketing and Communication Professionals, a several thousand member group that honors creative achievement and fosters partnerships with charities and community organizations.

The Communitas awards program recognizes exceptional businesses, organizations, and individuals that are unselfishly giving of themselves and their resources, and those that are changing how they do business to benefit their communities.  Judges found that Associated Bank clearly exhibits the spirit of communitas, a Latin word that means people coming together for the good of a community.