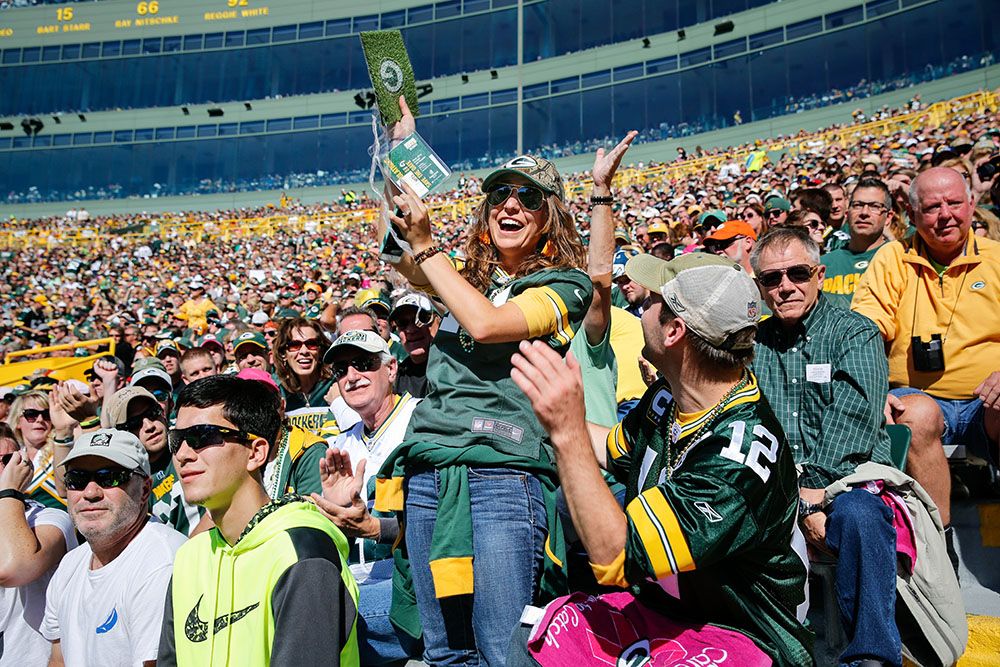 Early in Sunday’s Green Bay vs. Rams game, thousands of fans were out of their seats searching for 50 pieces of simulated Lambeau turf randomly hidden below their stadium seats.