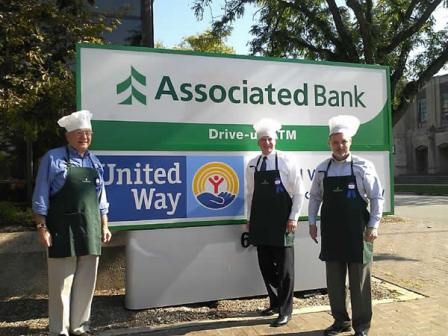 Recently, the Rockford and Machesney Associated Bank branches held their third-annual Chili Cook-Off event as a United Way fundraiser. Each branch entered chefs to compete for a chance to win one of three categories: Hottest Chili, Presentation, or Overall Best Tasting Chili.

Colleagues who wanted to enter the chili cook-off made a $5 donation and attempted to present a chili that put all others to the test.

A group of judges from the United Way committee went from branch to branch judging each recipe. Colleagues in each competing location were also offered a taste for lunch in exchange for a donation to the 2014 United Way Campaign. Together, the locations collected a total of $149 from colleagues.

“I decided to put my family recipe to the test,” said Kim Rodriguez, the winner of the overall best tasting chili. Winners from each category were:

“We are very grateful to have Associated Bank colleagues join us in raising funds for United Way,” said Paul Logli, president and CEO of United Way. “Their efforts have always been a huge help to us and we are thankful for that.”