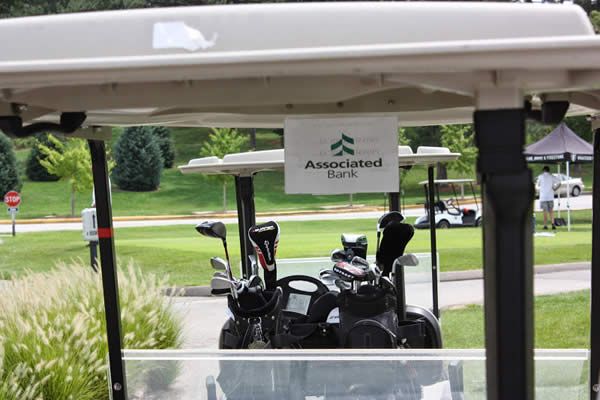 “In 2009, my wife’s father, James L. Sanders, also known as “The Judge” passed away from ALS after a two year battle with the disease,” said Cafazza. “Since then, I have aspired to do something more. The tournament seemed like the perfect opportunity to give back by creating a sponsorship with Associated as the lead sponsor.”

“It was obvious early on that we made a great team — Associated, my family and the ALS foundation,” said Cafazza. “This year Associated’s donation, along with the funds raised by my friends and family, reached $20,000 — nearly one-fifth of their total donations!”

“The ALS Association St. Louis Regional Chapter is thrilled that Associated and the family and friends of Judge James Sanders have joined forces to fulfill our mission toward a world without ALS,” said Maureen Barber Hill, president and CEO of ALS St. Louis.

Since 2001, the Barber family has held the ALS memorial golf tournament to pay tribute to Barber Hill’s father, Wayne Barber Sr., and to give back to the ALS Association to support efforts for continued research and quality care services. After this year’s successful tournament, they have collectively raised over $1 million dollars.

“We are so thankful for Associated’s generosity in sharing the title sponsorship for the ALS Memorial Golf Tournament,” said Barber Hill. “I am confident with their continued participation that our Chapter will continue to grow this tournament. On behalf of the board, staff and persons living with ALS, we thank everyone who supported this year’s event.”