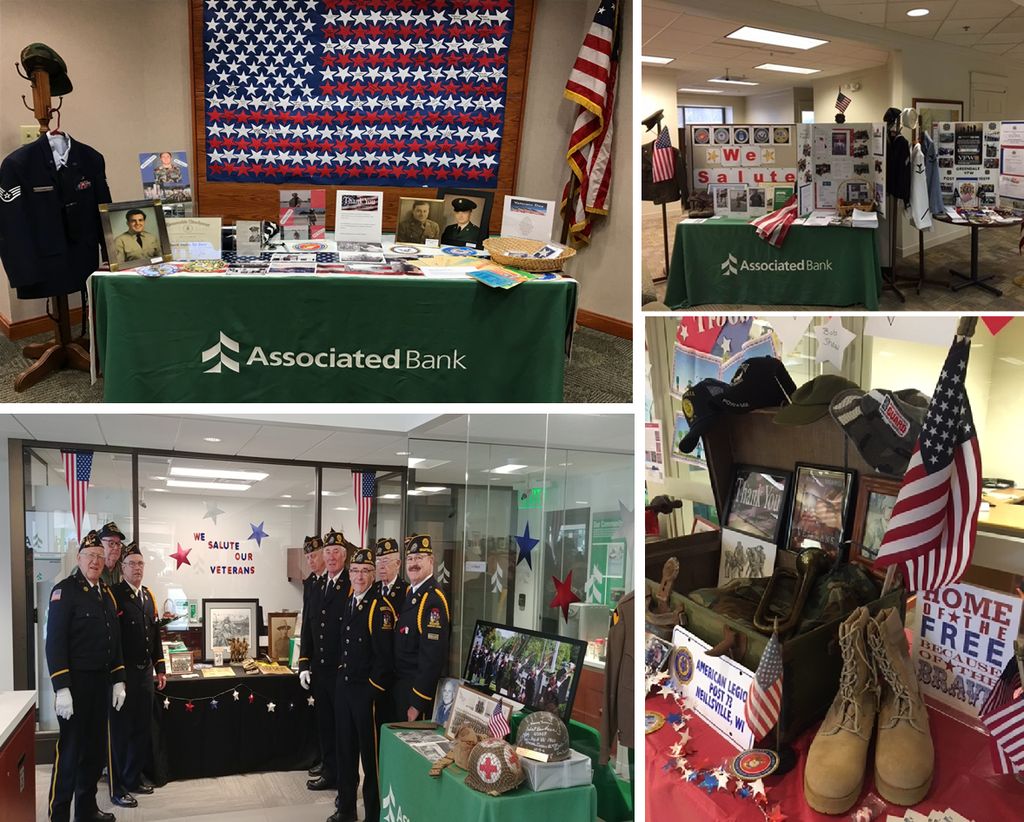 Associated Bank branches across the footprint are donating to their local American Legion Post to show support for veterans.

“This event affords us the opportunity to give back and thank those who have or are currently serving our country,” said Todd Luft, consumer banking administration manger.