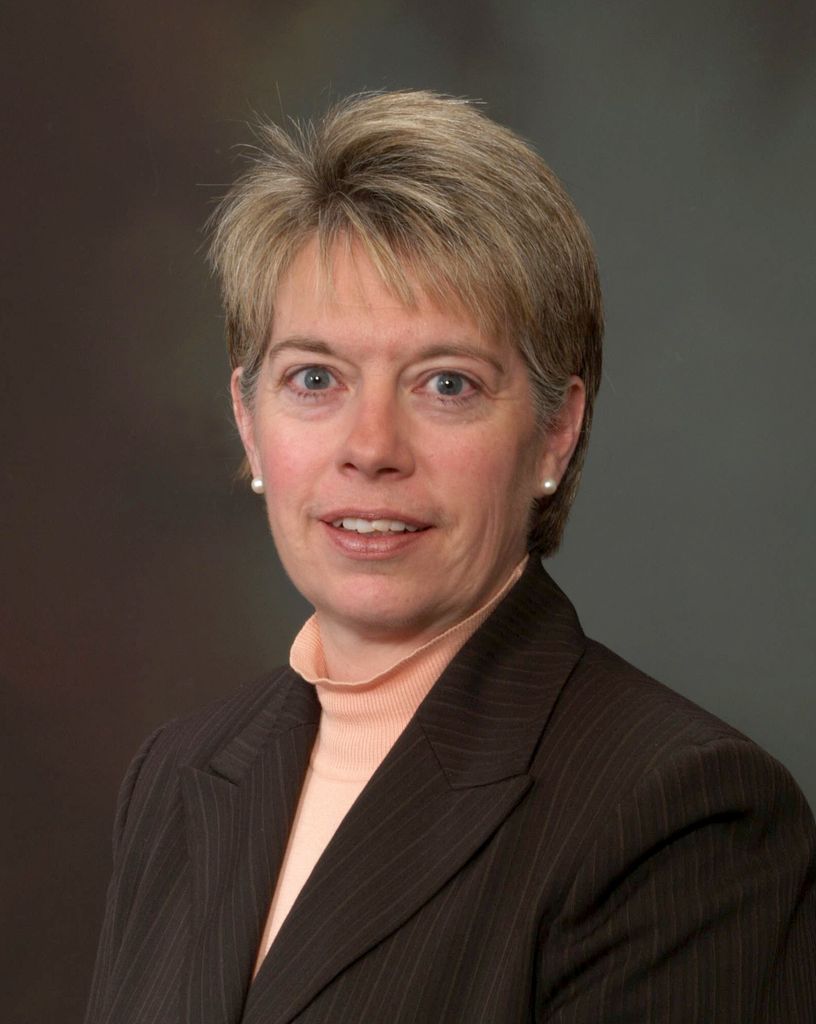 Laurie Riedy Timmerman has spent much of her life blazing trails.

She was, for instance, one of the first latchkey kids in her Milwaukee neighborhood. That forced young Laurie to develop a time-management system for herself, to accommodate homework and household chores without neglecting that all-important play time.

Then, in her first job out of college, she was called upon to single-handedly create a Human Resources department for Embassy Suites in Green Bay. This was revolutionary in those days, when people were hired, fired and retired by the far less exotic Personnel Manager. When she reached out to the other hotels in town for advice and found the little ones clueless and the big ones unwilling to help her, she was once again forced to find her own way.

Since she joined Associated Bank in 1990, Laurie has been called upon again and again to break new ground. Fortunately, this modern-day pioneer is a bundle of energy who seems to have a sixth sense about when to follow the road not taken – and when to let others forge the way.

Challenges at every turn

Today, Laurie is Director of Human Resources, Support Staff – not too shabby for a girl who set out on her career with a Bachelor’s in Human Development from UW-GB.

But it hasn’t always been smooth sailing.

There was the time, for example, when Associated was collapsing all its independent, site-specific Human Resources functions into a single, centralized department. By then Vice President of Human Resources for Mortgage Units, Laurie was invited to choose between a reduction in pay and rank or a severance package. Many women – perhaps most – would have walked. But not this one. She decided to stay instead and wait for the right opportunity to shine.

It didn’t take long. A payroll conversion went horribly awry, and Laurie pitched in to help get everyone paid – and plan the recovery. After working many nights into the wee hours, she was given the go-ahead to do whatever it would take to get the problem fixed. She succeeded, in the process gaining welcome visibility in the organization.

At the turn of the millennium, another challenge arose – this time, creating a Service Center for Human Resources. Named to direct the effort, Laurie set to work to automate the bank’s time and attendance and benefit systems and create an accessible information hub for employees to access needed Human Resource information.

“It was very challenging,” she said. “I had to learn how to evaluate alternative strategies, to cost-justify those I believed in, and to write business cases supporting them.”

Then in 2004, along came the opportunity to add more responsibility to her already full job description. She ended up turning it down, choosing instead to take on the new challenges and leave behind the Service Center that she had created.

That decision landed this self-described “change agent” in her current spot, with responsibility for managing HR for Associated’s non-revenue-generating staff – colleagues in Auditing, IT & Operations, Legal, HR, Credit, and other groups serving internal customers exclusively.

Laurie said the person she admires most is her mother. “She raised five children, took herself back to school, and worked – all at the same time. She was a trailblazer in her own right, and she had a huge influence on me.”

Laurie has undoubtedly set the same example for her own children. She and her husband of 20-plus years have three – a girl and boy who are in high school, and an adult son who is a personal trainer and works part-time for the Green Bay Packers.

She’s not big on hobbies, beyond enjoying any kind of exercise. But she applies her hard-won cost-justification skills on behalf of the United Way’s Council for Basic Needs, helping the group identify trends in the community and recommend funding to meet ongoing and emerging needs.

Laurie is very grateful for her life in general, and her career in particular. She appreciates the fact that there’s an attitude of dissatisfaction with the status quo at Associated. “Less than 20% of our top executives are women. We aren’t alone in this; many industries report similar averages. But at Associated, we’re not satisfied with being average. ‘Everyone else’ is not our role model.”

There are clear signs that things are changing for the women of Associated. For example, a Colleague Resource Group for Women was launched in August of 2011. No surprise, Laurie is not only an active member; she is also architect and Chair of its groundbreaking Diversity and Inclusion Council.

“I don’t know of another organization that would have allowed me to be challenged in so many different ways. Associated is a great company to work for, and I’m looking forward to seeing it become even better in the future.”