For Senior VP Roudebush, all roads lead to Cincinnati 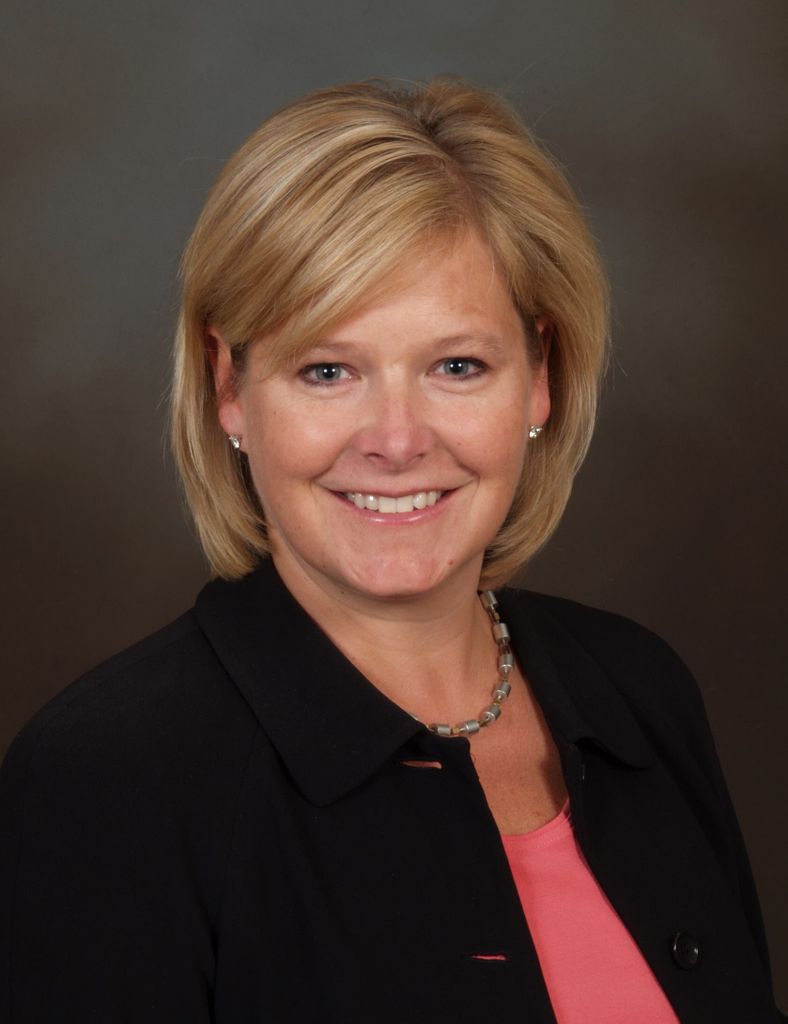 It was 1991, and she had just graduated from the University of Arizona with a Bachelor of Science degree in Business Administration. She probably could have written her own price tag on a job just about anywhere in the country, in just about any climate.

But she was ready to go home, and home was, is, and always will be Cincinnati, Ohio – beautiful Cincinnati, with its hot, humid summers and colder-than-you’d-expect winters.

Once there, Jenni accepted a job as a commercial credit analyst with Star Bank, which soon joined several other regional financial institutions in forming U.S. Bank. It was a good job, and she stayed there until 1995, when Bank One – now J.P. Morgan – lured her into a position as a commercial lender.

In 1996, she started working on an MBA at Xavier University in Cincinnati, completing her degree in 1998. That same year, Bank One moved her into commercial real estate.

“It was a good fit for me,” Jenni said. “It was a new challenge, and I discovered that I thoroughly enjoyed the work.”

She was apparently very good at it, too – so good that, in 2002, Chicago-based LaSalle Bank recruited her to open up a satellite office for commercial real estate. She accepted the offer gladly.

Cheering for the underdog?

You might almost suspect that Jenni has a soft spot in her heart for the underdog. After all, when she joined LaSalle, the bank had virtually no presence in Cincinnati’s commercial real-estate market. By 2011, she had not only grown the business from zero to over $1billion; she’d also watched the organization get acquired by Bank of America, one of the world’s largest financial institutions.

It was time to move on – and in the spring of 2011, she joined the staff of Associated Bank as Senior Vice President-Market Manager for Commercial Real Estate. Her goal is to do for her new employer what she did for LaSalle – making Associated the go-to institution for commercial real-estate lending in Ohio, especially for middle-market businesses.

It represents a test of her skills, she admitted, since Associated is virtually unknown in Cincinnati. “But,” she said with the confidence of one who’s been there before, “we’ll be changing that in the months and years to come.”

Associated is using commercial real estate as its entrée into this market, she said. “Our intent is to grow our presence here, add commercial lending and maybe even residential real estate.”

The bank has given itself the best possible chance of success here. In addition to hiring a talented team with extensive experience in the region, it has sited its new commercial real estate office on the 34th floor of the 35-story Scripps Center – arguably downtown Cincinnati’s premier address.

In spite of this exciting new career challenge, nothing is more important to Jenni than her family.

Her mother and stepfather still live in Cincinnati. And she met her husband here, during her days at U.S. Bank; he still works there. They have two daughters, in 5th and 8thgrades, and are very active in the girls’ lives; the older one is now attending the same high school Jenni went to, although it’s been long enough that the teachers are all new.

The Roudebushes may love their hometown, but they also enjoy exploring new places. They’ve visited many of the Caribbean islands as a family. In 2010 they, along with Jenni’s mother, traveled to Europe with stops in Germany, France and England.

And in 2011 they followed the Women’s World Cup to Europe again with the extended family, visiting Germany, Austria and Amsterdam, the latter destination her mother’s brainstorm.

“It turned out to be a great idea,” Jenni said. “We had a wonderful time in Amsterdam; the girls will never forget it!”

There is life outside of work and family, of course. Jenni enjoys golf, and is completing a 6 year term as a Director of her 100-year-old country club; she was the first woman on its Board, in fact. She also serves on the Board of the Boys and Girls Clubs of Greater Cincinnati, and volunteers for an organization called Cancer-Free KIDS – an outstanding Cincinnati-based group that supports pediatric cancer research.

But for Jenni, it always comes back to home and family – even when she’s asked to name her heroes.

“I admire my grandmother most of all,” she said. “She and my grandfather were first-generation Norwegian-Americans who worked hard for everything they had. It wasn’t much by today’s standards, but I never once heard her complain. She taught us that giving 110% in everything you do, with a smile on your face no matter what, will bring you a happy, fulfilled life. And almost midway through mine, I know she was right.”