Glenn Curran of Associated gives back through Battle on Bago 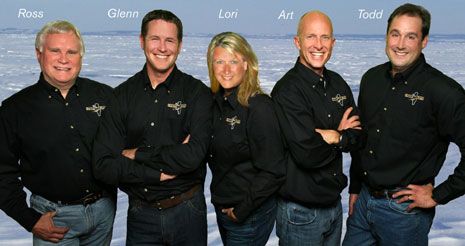 Glenn Curran, Vice President Commercial Banking (second from left), Associated Bank in Oshkosh, and part of the founding group of Battle on Bago, a winter fishing tournament on Lake Winnebago, presented a check for $900 to Clarity Care’s Chance Program.

Clarity Care and other beneficiaries assisted by selling raffle tickets before the event, which were donated back to the organizations.

“I enjoy running and being involved in Battle on Bago – which is an ice fishing/outdoor fundraising event that has raised nearly $500,000 in the first six years and is the second largest ice fishing event in the world now,” said Glenn Curran, Vice President Commercial Banking, Associated Bank in Oshkosh. “Being an avid outdoorsman and enjoying working with youth led to the idea of raising money through a fishing event and it’s meant a lot to be able to give back in such a large way due to the success of the event.”

Visit the Northwestern.com for Clarity Care receives donation from Battle on Bago event.