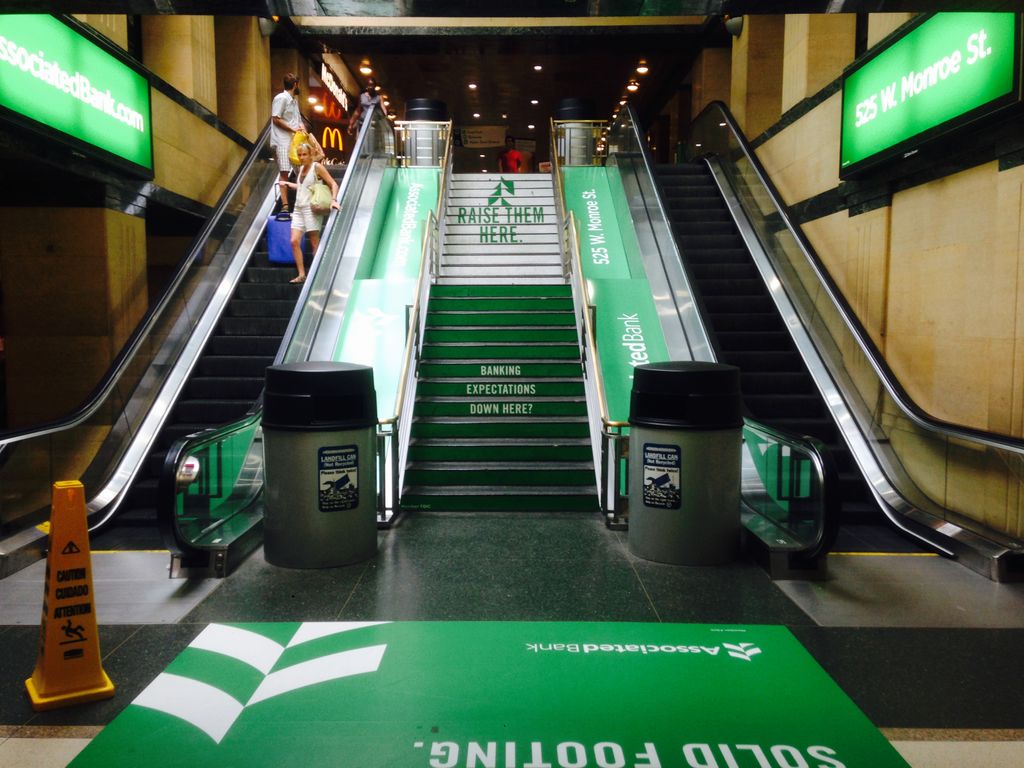 GREEN BAY, Wis. – July 22, 2015 – For the month of July, Green Bay-based Associated Bank, the largest bank with headquarters in Wisconsin, is taking over one of Chicago’s most iconic architectural structures, Union Station, with over 300 compelling green and white creative messages as part of the bank’s Challenge Your Bank campaign that launched in spring.