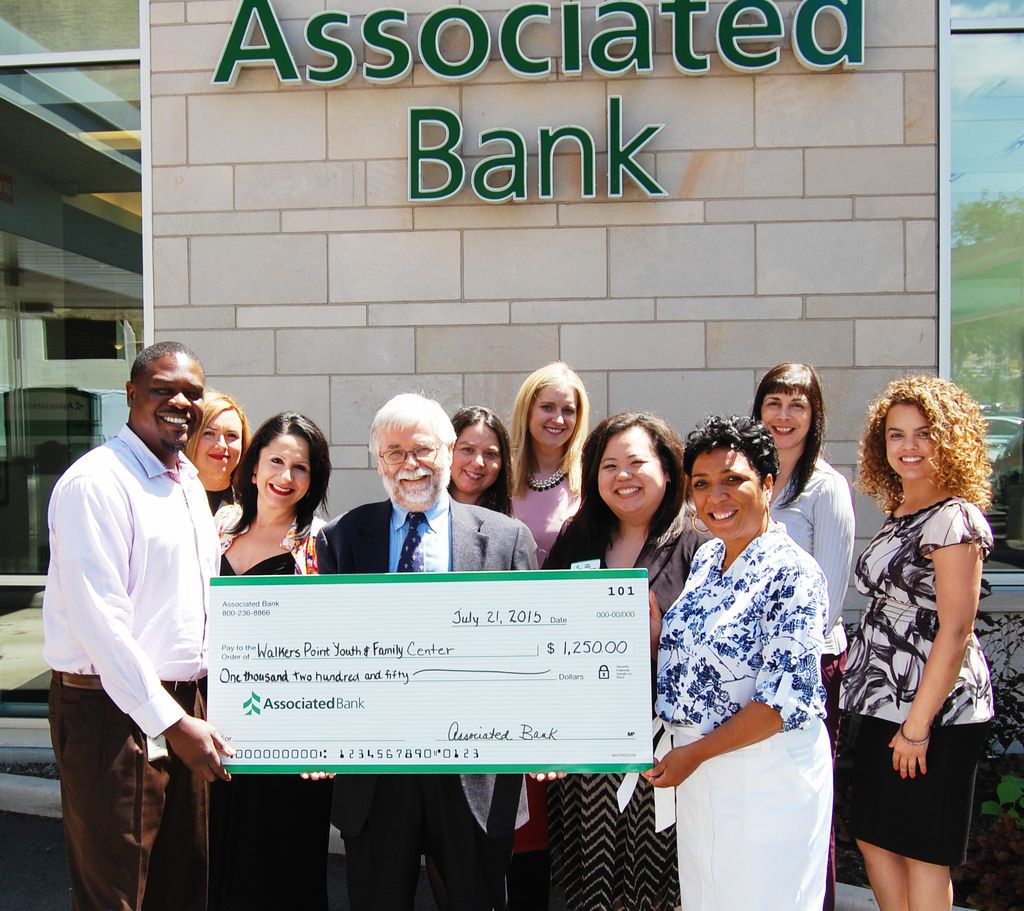 Milwaukee, WI – July 28, 2015 – Associated Bank earned recognition for its human resources programming – including its diversity and inclusion efforts – from the Milwaukee Business Journal in May. Professionals in the company’s Human Resources department chose to extend those principles by donating half the award proceeds to Milwaukee-based Walker’s Point Youth & Family Center.

Walker’s Point serves the needs of runaway, homeless and other troubled youth and their families from the city’s diverse communities.

“We asked our Cultural Awareness Network employee groups operating in several of our communities to nominate deserving agencies. Our human resources team then selected Walker’s Point and another organization from among the outstanding nominees,” Docter said.

“We thank Associated Bank and its Human Resources department for its recognition and support for our shelter, counseling and other services for Milwaukee’s runaway, homeless and other youth in need,” commented Walker’s Point Youth & Family Center Executive Director, Andre Olton.

A second Associated Bank donation was made to the Old Glory Honor Flight in Green Bay.