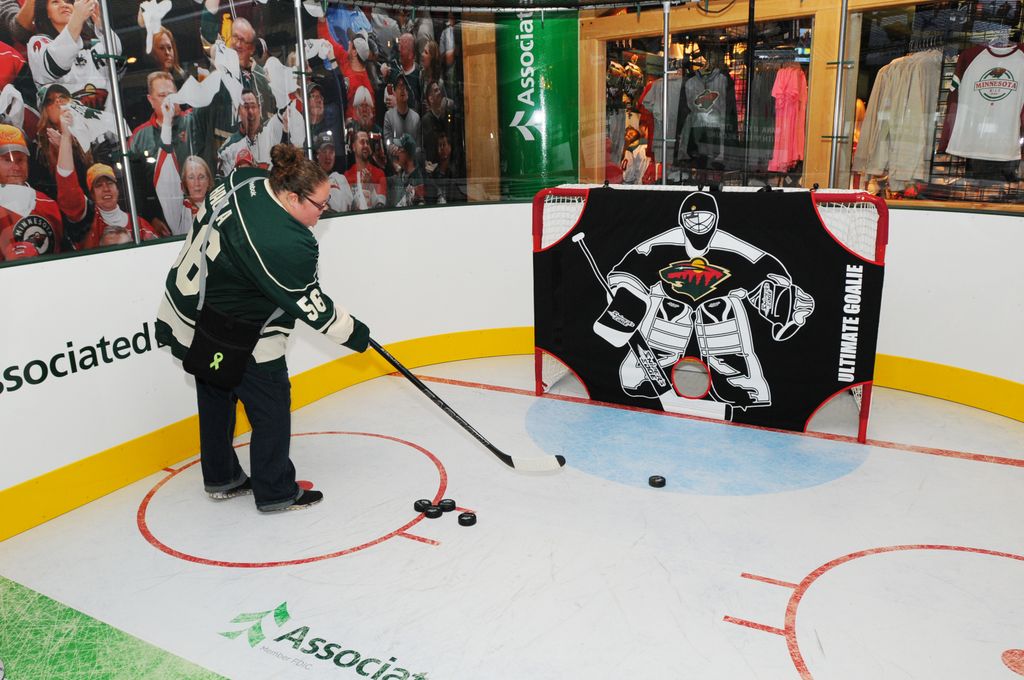 “Associated Bank, a proud business partner of the Minnesota Wild, is thrilled to be offering fans fun and interactive activities and promotions throughout the year,” said Christopher Piotrowski, executive vice president and chief marketing officer, Associated Bank. “Our goal is to make sure consumer and business customers in Minnesota can Bank at Full Strength as we continue to grow and invest in the notorious hockey state.”

Fans are invited to visit the Associated Bank Power Play Zone interactive fan challenge area in section 215 during all home games where they will have the opportunity to score on an unprotected or ‘shorthanded’ goal within a certain timeframe. A series of photos will be taken to produce a GIF of the fan in action and emailed to them with social media sharing buttons for immediate posting.

“This interactive challenge will provide fans with a unique and engaging opportunity to test their hockey skills and show their Wild side in-person, on game-days,” said Piotrowski. “The GIF/short video of the fan in action can be posted to their social media page for their friends and family to see their skills.”

As the ‘Home of Wild Checking,’ fans will be able to show their true pride with new logoed Wild Checking and Debit Card programs that will be announced soon as part of the partnership. This will include a $150 offer and 15 percent discount at all Hockey Lodge locations, the Wild’s official team store.

“We share a passion with Associated Bank for creating the best possible experience for our customers,” said Carin Anderson, vice president of corporate partnership for the Minnesota Wild. “We are excited to partner with the Associated Bank team to deliver unique and memorable moments to Wild fans throughout the season.”

Associated has been in the Minnesota market since 1999 and is among the top ten banks in the state (based on deposits). Associated provides services to the Minnesota Wild though Associated Financial Group, LLC., and recently acquired Ahmann & Martin Co., a leading risk and benefits consulting firm in Minnesota.

ABOUT THE MINNESOTA WILD

The Minnesota Wild is a thriving National Hockey League (NHL) franchise that began play in 2000. Its parent company, Minnesota Sports & Entertainment (MSE), is a premier sports and entertainment provider with several different avenues of business operations headquartered in downtown Saint Paul, Minn. Its subsidiary, the Saint Paul Arena Company, manages the state-of-the art Xcel Energy Center, home ice of the Wild, and the Saint Paul RiverCentre, which includes the Legendary Roy Wilkins Auditorium. MSE also owns the Iowa Wild franchise in the American Hockey League (AHL), the primary development affiliate of the Minnesota Wild based in Des Moines, Iowa.  Driven by a mission to “Create a Greater State of Hockey,” MSE and the Minnesota Wild Foundation also strongly support community causes, primarily in the area of pediatric giving.