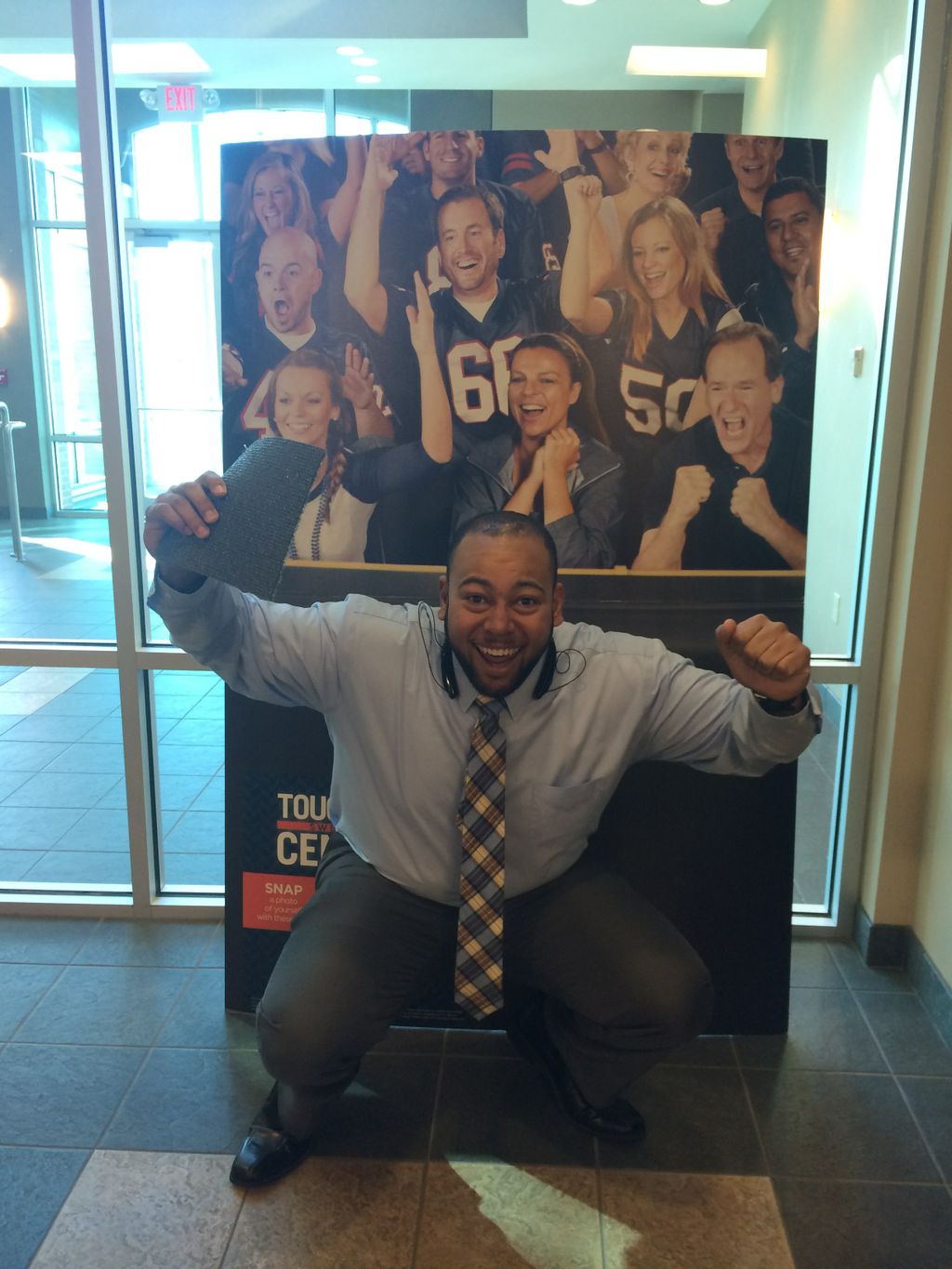 Perry located the turf by tracking clues posted on Associated’s Facebook and Twitter sites. Approximately 300 pieces of turf will await finding at Associated branches and other prominent locations throughout Wisconsin, Illinois and Minnesota until November 17, 2015. Clues will continue to be posted for additional locations of turf on those social media sites.

For finding the turf, Perry and a guest will be invited to an exclusive Associated Bank-hosted event in December where they will have the opportunity to meet and mingle with Matt Forte at Soldier Field. Perry and other Illinois winners will also receive autographed merchandise and have a photo opportunity with the Bears’ player.

Wisconsin winners will have the opportunity to meet Jordy Nelson, Randall Cobb and Davante Adams at Lambeau Field, and Brad Johnson will congratulate Minnesota winners at Target Field. Winners will also leave with autographed merchandise and a photo opportunity with the featured player.

The Turf Search program was launched at the October 11 Green Bay vs. St. Louis game where 50 pieces of turf were hidden under fans’ stadium seats. Fans were urged to search for the turf through a Tundra Vision video, Turf Search Challenge.Additional information is available at abturfsearch.com/.