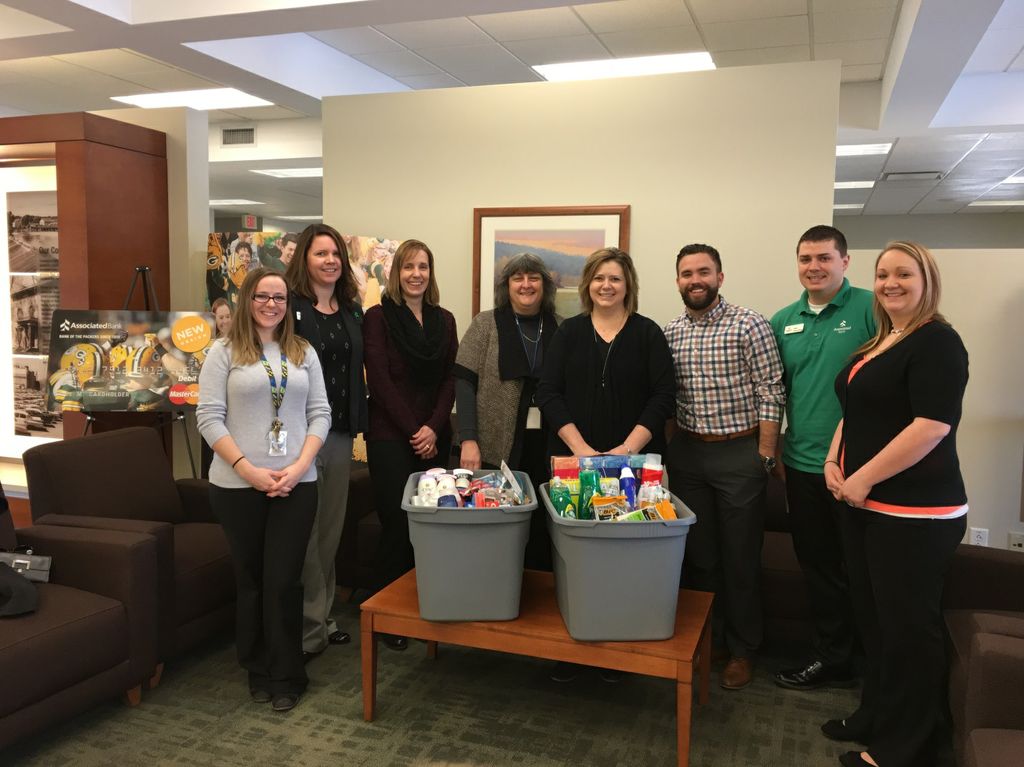 Project 16:49 in Janesville recently benefitted from funds raised by Associated Bank colleagues. This nonprofit organization strives to empower Rock County’s unaccompanied homeless youth to achieve their goals and become contributing members of the community. To do so, they work to instill excellence, integrity, respect, innovation and enthusiasm into their young minds.

Associated colleagues raised several hundred dollars’ worth of donated goods for the organization. Maria Trier, relationship banker, put in a great effort with collecting monetary donations from colleagues for the cause. Project 16:49 used the funds to purchase hygiene products for the homeless youth.

Due to their substantial donation, Associated was asked to sponsor the organization’s Lip Sync Battle. The Lip Sync Battle is a community-wide evening of live lip-sync performances to benefit Project 16:49. It consisted of several different fundraisers, including a silent auction, raffles, music trivia and more.

At the event, Charlie Conley, Josh Greene, Adam Shultz and Kaleb Woods volunteered their time to help set up equipment, handle entry fees, sell raffle tickets and assist in the cleanup afterwards. Woods was also a judge in the lip sync battle.

“I was so excited to be a part of such a big fundraising event in our community,” said Woods. “It was extremely rewarding as an Associated colleague and a new resident of Janesville. Getting involved with a great cause is one of the best things you can do for your community and the people in it.”

Heather Bucholtz, senior teller, helped with coordinating fundraising and logistics for Associated volunteers in preparation for the event. She was one of the main bank representatives who initiated colleague volunteerism for Project 16:49 because of her passion for the cause.

“The most important thing is that these kids are being helped by the people of this community,” said Bucholtz. “If we aren’t showing them that the community cares for them, who will? So it’s wonderful to know there are places like this out there as resources for kids who truly need it. I appreciated growing up in a nice house and having nice things; these kids deserve that too!”