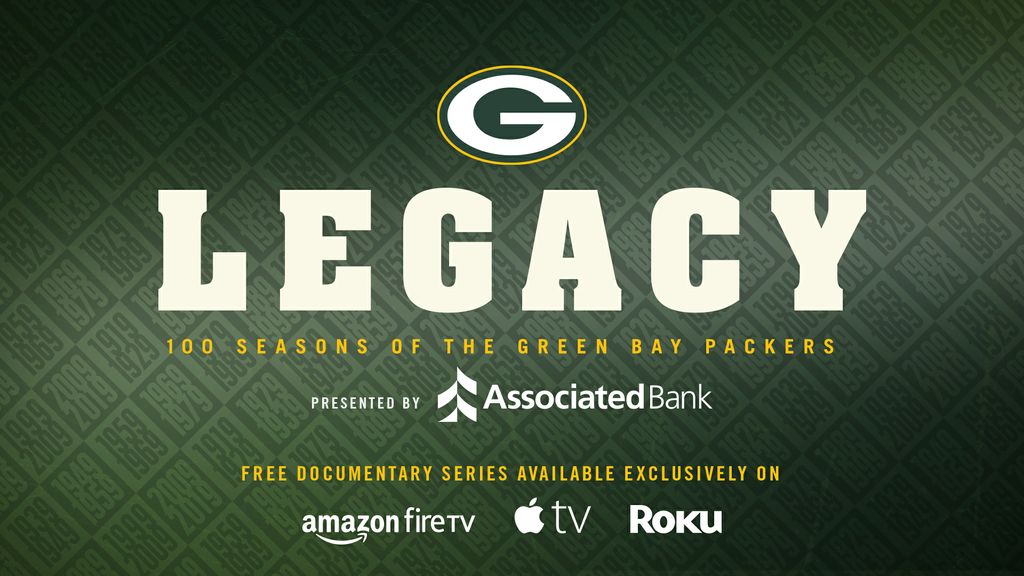 The Green Bay Packers today launched Legacy: 100 Seasons of the Green Bay Packers, presented by Associated Bank, on the team’s free connected TV streaming app. Legacy is a 10-part documentary series celebrating a century of the Packers, with every decade represented by an individual film between one and two hours in length. Associated Bank has been a proud partner and bank of the Packers since 1919.

The documentary can be viewed beginning today through the Packers connected TV app, available on Apple TV, Roku and Amazon Fire TV devices. Viewers can find the free app by entering “Packers” into the search function on their devices.

Narrated by sports announcer and Packers TV Network broadcaster Kevin Harlan, Legacy features never-before-seen footage and brand-new interviews with current and former players, coaches, staff and community members. It tells the story of the Packers from the very beginning through the team’s centennial season.

The documentary, which currently can only be viewed by users of the connected TV app, also will be available for purchase on Blu-ray disc at Packers Pro Shop. Fans can now pre-order the Blu-ray at packersproshop.com/legacydvd, and it will be available for purchase both in-store and online beginning Friday, March 6. The discs will come in a five-part box set, with two decades of the documentary on each disc.

Legacy was produced by the Packers, in partnership with Khrome, an Elevate97 agency based in Green Bay.

The Packers connected TV streaming app allows fans to catch the latest Packers news, game highlights and features from packers.com right from their couches. Ideal for enjoying Packers content with a group or from any room in the house, fans can watch full-length Packers press conferences live or on-demand, view player interviews and keep up with the latest news and analysis from the Packers’ locker room throughout each day.

To learn more about how to set up the Packers’ connected TV app on a streaming device, fans can visit packers.com/ctv.