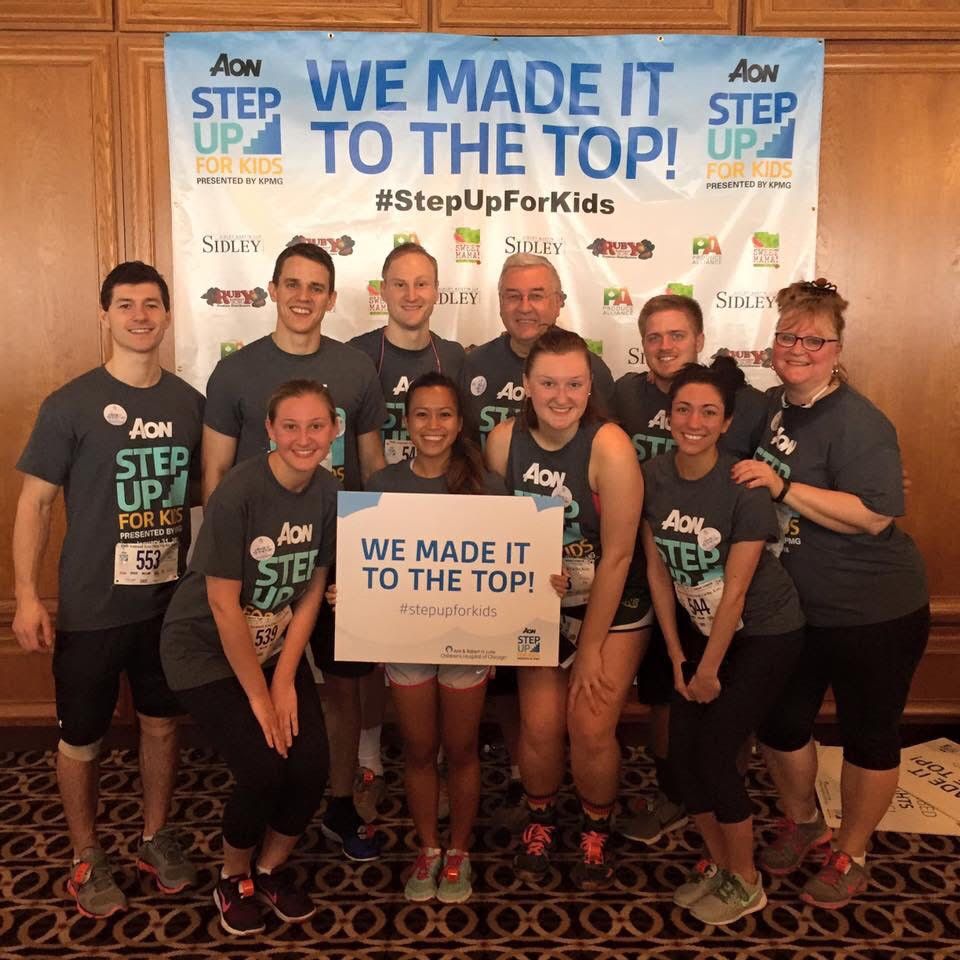 Associated Bank colleagues in Chicago took on the challenge of climbing 80 stories in the third tallest building in Chicago to raise money for the Ann & Robert H. Lurie Children’s Hospital at the Aon Step Up for Kids stair climb on Sunday, January 31. Associated Bank was a corporate sponsor of this 19th annual event.

Associated Bank Chicago colleagues Peter Bulandr, Matt Wolfe and Thanh Pham, along with family and friends, raised funds and made the trek to the top of the Aon Center. Together, they conquered 1,643 steps and collectively raised nearly $50,000 for the hospital from corporate and individual support. All funds raised were directed to support the emotional, social and spiritual needs of hospitalized children and their families.

The cause was a worthy and deeply personal one for Peter Bulandr, specialized industries business segment leader at Associated Bank. Bulandr’s son, Peter Jr., was in and out of Lurie Children’s Hospital from the time he was born until he was three years old. During that time, he underwent six surgeries to excise a potentially cancerous skin condition from his scalp.

“My son came away with a clean bill of health for that skin condition. Now 25 years old and deeply involved and committed to the hospital and to the Chicago community, we wanted to continue to demonstrate our gratitude in a tangible way for all that the hospital did for our family in the early 1990s,” Bulandr said. “We are proud to support such a world class healthcare organization that has done so much for our family and for thousands more just like us.”

Bulandr has been involved with K.I.D.S.S. for Kids since the early 1990s, and his son has been an active member of its board of directors since 2014.

Photo caption: Peter Bulandr and team successfully climb to the top of the Aon Center.