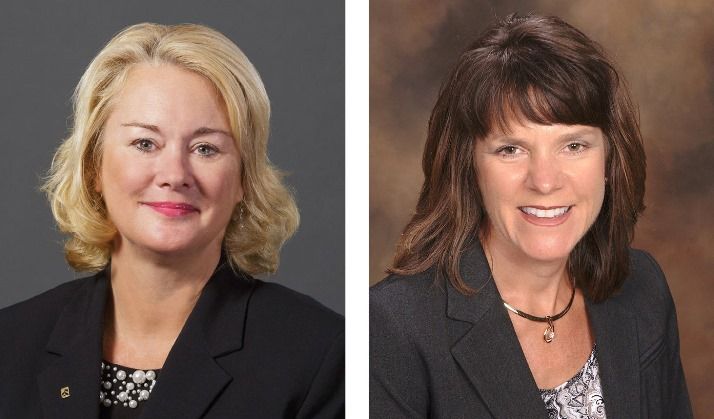 Judith M. Docter, executive vice president and chief human resources officer, has announced her plans to retire from her role in the first quarter of 2019. Docter, who joined Associated in 1992, had a successful career in human resources spanning more than 35 years. She has been integral in ensuring strategic execution of the company’s human resource, diversity and inclusion, and talent development strategies during her tenure on Associated’s executive committee.

“Thanks in large part to Judy’s leadership, the company has successfully built and enhanced our diversity and inclusion, employee development and employee engagement strategies,” said Philip B. Flynn, Associated president and CEO. “Judy’s contributions and the programs she helped create have positioned our company as an employer of choice within our markets and by special interest groups.”

In anticipation of Docter’s retirement, and succession, the company also announced the promotion of Angie M. DeWitt to the position of executive vice president and deputy chief human resources officer, effective October 23, 2018. She will report to Docter and be a member of the executive committee.

DeWitt joined Associated in 2008 and was promoted to senior vice president, director of human resources earlier this year. She has more than 26 years of experience in finance and human resources.

Associated Banc-Corp (NYSE: ASB) has total assets of over $33 billion and is one of the top 50 publicly traded U.S. bank holding companies. Headquartered in Green Bay, Wisconsin, Associated is a leading Midwest banking franchise, offering a full range of financial products and services from more than 230 banking locations serving more than 110 communities throughout Wisconsin, Illinois and Minnesota, and commercial financial services in Indiana, Michigan, Missouri, Ohio and Texas. Associated Bank, N.A. is an Equal Housing Lender, Equal Opportunity Lender and Member FDIC. More information about Associated Banc-Corp is available at www.associatedbank.com.