Docter says that experience really is the best teacher 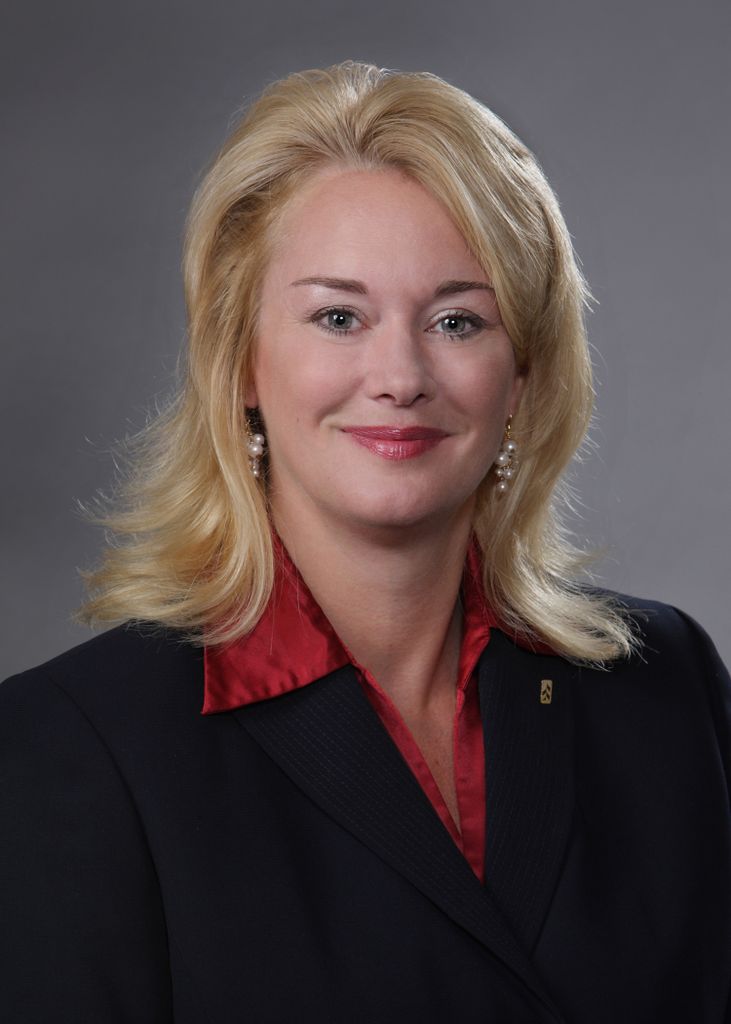 “When it comes to banking, there is no substitute for hands-on experience,” said Judy Docter, Associated Bank’s Executive Vice President and Chief Human Resources Director. “In fact, starting at the bottom is probably the best way to learn the mechanics of just about any business.”

She should know. She’s been there, done that ever since she stepped into her first banking job as a high-school student in Fond du Lac over three decades ago.

“Education is of course critical,” said Judy, who holds a Bachelor’s degree in Management and Communications from Concordia University, a Senior Professional in Human Resources designation from the Human Resources Society, and a Certificate of Executive Management from Northwestern University’s Kellogg School of Management. “And it must be both ongoing and lifelong, whether it’s formal education or simply having an open mind and an open heart to learn all that you need to know.”

Still, it’s clear that she views on-the-job training as the most important contributor to her storied career.

There was nothing spectacular about Judy’s rise to the top of Associated’s executive team. That first banking job of hers involved general ledger and proofing work. Then, after she married and moved to Green Bay, she became a teller for a local bank.

It was this position that established the foundation for her entire career. “It was as a teller that I learned first-hand what makes a bank tick, and began to understand the vital importance of customer service.”

From that point on, Judy’s career moves became more deliberate. She spent over a decade with a service-based company, rising to become its Director of Human Resources. Then, in 1992, she assumed the same role for Associated Bank in Neenah – the former First National Bank of Neenah, the oldest of the original trio that formed Associated in the 1970s.

“Although we were legally one banking organization, each of the member banks was still operating under a separate charter,” Judy said. “Even our operational platforms were distinct. In those days, a Neenah customer couldn’t even cash a check in one of our Green Bay offices.”

Then she literally wrote herself out of a job.

The trouble was, she knew that this was no way to run Human Resources for a rapidly growing company; there were no common compensation and benefit packages, no common job descriptions. She and colleague Pat O’Keefe produced a white paper recommending the only reasonable solution -- a centralized HR function under a single director.

The executive team accepted their recommendations. But it took Judy nine more years and several interim jobs to be named to the post she’d envisioned.

“At that point in my career,” she said, “I didn’t have the necessary experience to head up Human Resources for the entire company. I still had a great deal to learn about everything from organizational development to compensation design.”

Fortunately for everyone concerned, Bob Johnson, an experienced HR director with the full skill set, was brought in from outside the organization.

“Bob was a wonderful mentor to me. He really took me under his wing, which is so typical of the way we work at Associated. When he retired in 2003, I was ready to take on his job.”

Over the years, Judy has maintained a heart for customer service as fundamental to anyone’s success, whoever that customer may be.

“My father owned a now 60-year-old independent insurance agency, operating it out of our house when I was young. So I learned at an early age to answer the phone in a customer-friendly way, to sympathize with their losses, to gather the right information. That experience turned out to be invaluable.”

Her father’s agency is still in business, in the hands of her brother and his son – which underscores the importance of family in their lives.

Judy spends some of her spare time on volunteer work. She serves on the boards of the Salvation Army of Green Bay and the American Foundation of Counseling. She is also active in the ALS Association, having recently lost dear friend and Associated colleague Lola LaCount to Lou Gehrig’s Disease.

What advice does Judy have for young women who are considering banking as a career?

“First, don’t ever hesitate to ask others for help, or to ask the dumb questions. That’s when you learn the most, and it’s when you find among your co-workers not just colleagues but friends. Your life will be richer as a result.

“Second, I recommend finding a mentor, even in another organization – someone to coach and counsel you, someone who has already been there, done that.”