Move supports its expanding commitment to the city 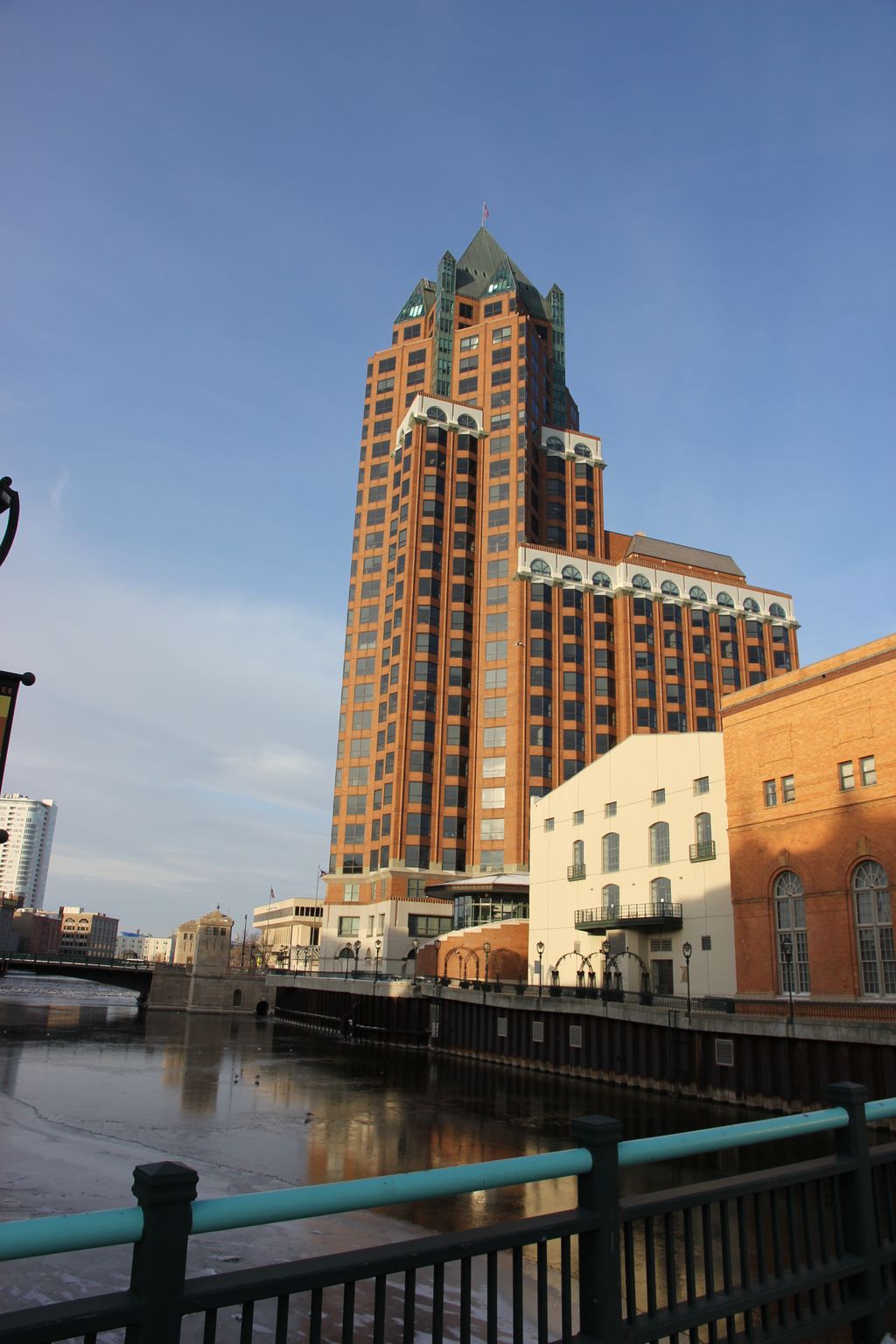 MILWAUKEE – March 24, 2016 – Associated Bank (NYSE: ASB) announced today that it has signed an agreement to purchase the Milwaukee Center commercial office building at 111 East Kilbourn Ave. in Milwaukee.  The purchase of the Milwaukee Center allows for future expansion of the company as it grows its presence in the market.

According to Philip B. Flynn, president and CEO, Associated will occupy a significant portion of the 28-story building when the lease on its current regional office expires in 2022. Approximately 320 Associated employees currently occupy 97,000 square feet of the Plaza East towers at 330 East Kilbourn.

“Our purchase of this iconic, city-center building aligns with our efforts to become the city’s hometown bank,” Flynn said.  “As a major corporate citizen, we’re filling that role through our support of consumers and business clients, and through our strategic investments in new office locations, economic and cultural development initiatives, and affiliations with the Milwaukee Brewers, Marcus Center, United Performing Arts Fund and other community partners.”

The Milwaukee Center was built in 1988 and is rated a Class-A office building. It has 373,000 square feet of space and is 426 feet tall.  It is believed to be the sixth largest multi-tenant office property in downtown and the fourth tallest building in the state. It adjoins Associated’s new Private Client Services Office as well as the Intercontinental Hotel.

John Utz, Associated’s head of corporate banking and Milwaukee Market president, said that the company is pleased to return local ownership to the prominent building. “Associated is committed to playing an important role in the city’s future and to further positioning ourselves for enhanced regional growth. As the fastest growing bank in Wisconsin* as well as the largest bank in the state with headquarters here, we believe we have the momentum to do so.”