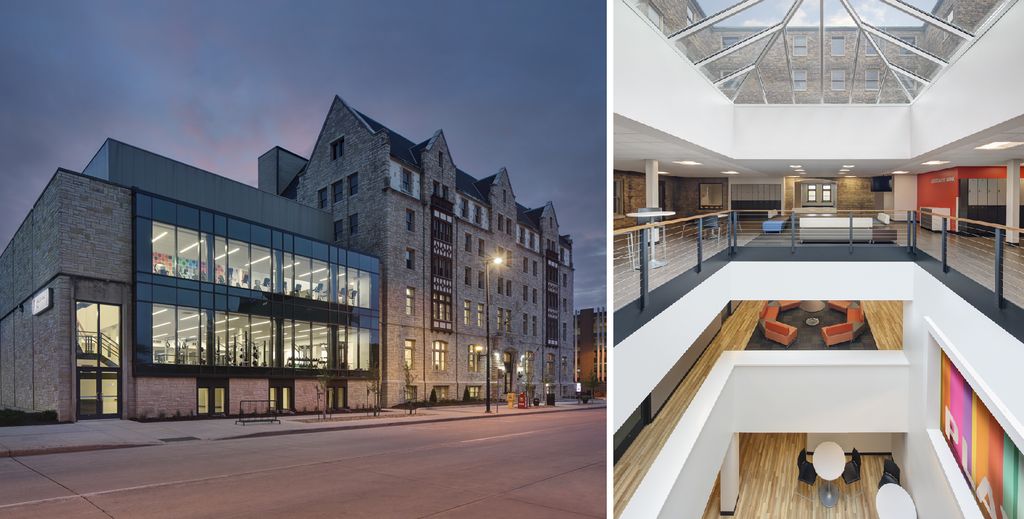 The 93-year-old, 112,000 sq. ft. building, located at 235 N. Jefferson Street, was modernized with an open-concept design facility. The building received extensive structural and mechanical improvements and modern materials were used to complement the existing wood elements and the naturally lit atrium. Several activity spaces, including the Gymnastics Center and pool were updated, and were further enhanced with the addition of the new Family Adventure Center.

The renovation began one year ago, on April 18, 2016, with an official unveiling of the facility and its new name this past spring. Associated provided the $7 million construction loan, in addition to a $250,000 donation towards the facility’s improvements and upgrades.

The Greater Green Bay YMCA, which has four branches in the area, is a cause-driven 501(c)(3) charity for youth development, healthy living and social responsibility. YMCA has been in operation in the Green Bay area since 1870 and today serves more than 30,000 members in the community.