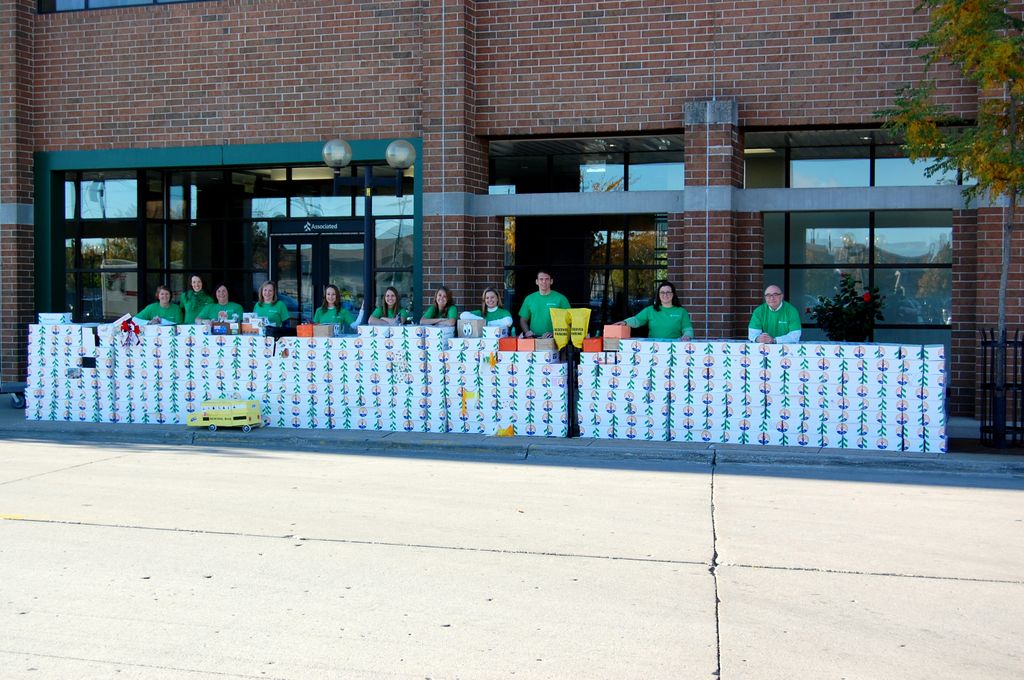 Green Bay, Wis. – October 14, 2015 – This year, in addition to making a traditional United Way Campaign pledge, Associated Bank colleagues and customers participated in a unique project to stock boxes with school supplies for children in need.

The “stock the box” campaign kicked off on September 16 when every Associated Bank colleague received a co-branded Associated/United Way box to fill with essential school supplies, such as pencils, crayons, notebooks, rulers, and more.  The bank’s branch offices also received additional boxes for customers to fill.  An estimated 500 stocked boxes will be delivered to the local United Way office for use with education-based agencies and programs this school year.

“Associated Bank is partnering with United Way to help give the gift of education to children in need by providing school essentials,” said Christopher Piotrowski, Executive Vice President,  Chief Marketing Officer and United Way Corporate Campaign Chair at Associated Bank.  “These basic learning tools can make a difference in the lives of help young students be successful in school and make a difference in our community.”

“We’re fortunate to have companies like Associated Bank that really care about the community and take action, said Greg Maass, president and CEO of Brown County United Way.“It takes a community to change a community, and with partnerships like this, we’re making an impact on the lives of students in Brown County.”

Associated also announced that it has surpassed its annual employee/company United Way campaign goal of $1 million, with a total contribution estimated to be near $1.1 million.

Comparable activities are underway throughout Wisconsin where Associated operates branches and offers a wide range of financial services.