Associated Bank partners with Stone Creek Coffee to give away over 1,000 Milwaukee Film Festival ticket vouchers 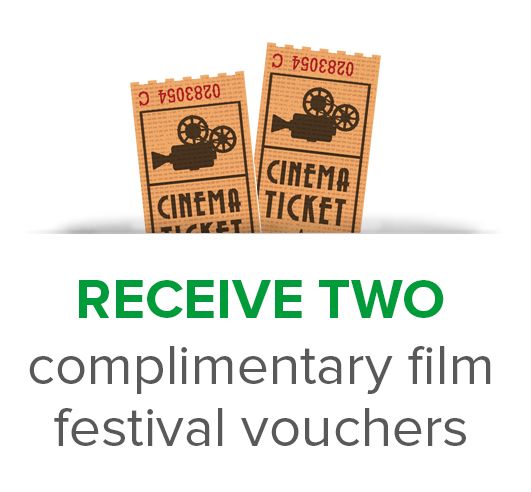 MILWAUKEE – September 15, 2017 – Associated Bank is partnering with Stone Creek Coffee to support the Milwaukee Film Festival with a ticket voucher giveaway between September 18 and 20.

“As an extension of our partnership with the Milwaukee Film Festival, Associated Bank is pleased to join forces with our customer, Stone Creek Coffee, to launch this fun and interactive program to help bring cinematic visions and perspectives from around the corner and around the world to Milwaukee audiences,” said Christopher Piotrowski, chief marketing officer.

Stone Creek Café baristas will provide a packet to the first 20 customers who enter participating locations and show or mention the Associated Bank ticket voucher Facebook post. The packets will include two Milwaukee Film Festival ticket vouchers and an invitation to the premiere of Milwaukee Film Checking – a new kind of checking account that not only offers exclusive, cinema-themed debit card and checks, but gives 5 cents back to nonprofit Milwaukee Film for every transaction!*

Stone Creek Coffee is a craft coffee roaster founded in 1993 in Milwaukee, Wisconsin, that employs an army of coffee geeks. We know the best coffees are cultivated and developed through the direct relationships with farmers at origin. We are committed to building lasting relationships with our producer-partners around the world. We summarize this ambition with our shorthand: "Farm to Cup."