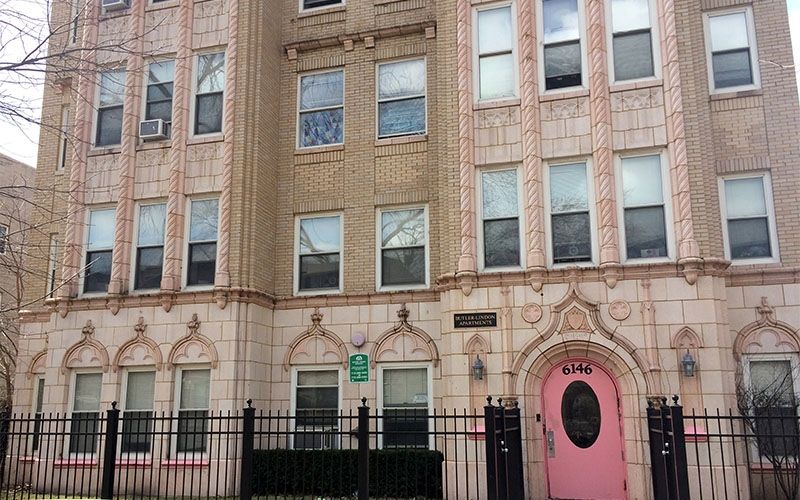 CHICAGO – February 14, 2019 – Acquisition and rehabilitation of the Johnson Butler-Lindon Apartments, located in the Woodlawn neighborhood of Chicago, will begin this month following the closing of a $7-million-construction loan and placement of $13 million in low-income housing tax credit equity from Associated Bank. The Illinois Housing Development Authority issued the tax credits for the project, and Associated partnered with Boston Capital to provide the equity. The renovation will be done by Preservation of Affordable Housing (POAH) in partnership with general contractor Powers and Sons Construction Company and Johnson & Lee Architects, Ltd.

Built in the late 1920s, the two-building 106-unit apartments are historic buildings renovated in the 1990s by long-time neighborhood leader Mattie Butler and Woodlawn East Community and Neighbors in partnership with the City of Chicago. Butler sold the properties to POAH in late 2017 with the goal of preserving supportive housing for residents that would also continue to be an important anchor in the community.

The scope of the rehabilitation will focus on modernization of unit interiors, including full kitchen and bathroom rehabs. Common areas will also be modernized with new flooring, fixtures and kitchen amenities. In addition, the scope will include major repairs to roofs and masonry, as well as installation of new windows. Completion is scheduled for the second quarter of 2020, at which time these affordable housing units will continue to be available to households earning 30-, 50- and 60-percent below median incomes for the area.

The project is part of the last phase in the implementation of the Choice Neighborhoods Initiative, a federal program to revitalize neighborhoods through a focus on housing, people, and neighborhoods. Johnson & Butler-Lindon will provide replacement units in fulfillment of POAH’s commitment to replace 504 Section 8 units from the former Grove Parc Plaza public housing project with close to 1,000 mixed-income units that respond to a range of housing needs in the community. The project also includes a new loan from the City of Chicago, new project rental assistance from the Chicago Housing Authority (CHA) and the conversion of CHA assistance for the formerly homeless into a permanent long-term contract. All current residents will return to these newly renovated units. POAH Communities’ Community Impact team has partnered with the Southside agency, Featherfist, to provide resident services.

Preservation of Affordable Housing (POAH) is a national nonprofit organization whose mission is to preserve, create and sustain affordable, healthy homes that support economic security and access to opportunity for all. POAH is a nonprofit developer, owner and operator of more than 10,000 affordable homes in eleven states and the District of Columbia.

Associated Banc-Corp (NYSE: ASB) has total assets of nearly $34 billion and is one of the top 50 publicly traded U.S. bank holding companies. Headquartered in Green Bay, Wisconsin, Associated is a leading Midwest banking franchise, offering a full range of financial products and services from more than 230 banking locations serving more than 110 communities throughout Wisconsin, Illinois and Minnesota, and commercial financial services in Indiana, Michigan, Missouri, Ohio and Texas.