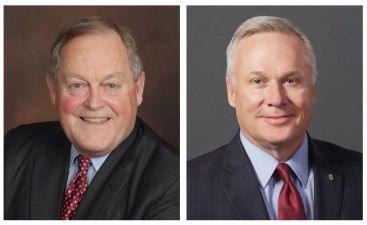 Since joining Associated Bank, Schaefer has been instrumental in growing the company and brand in the Greater Madison area. He has been active in a variety of high profile civic and charitable organizations, most recently board positions with the Oscar Rennebohm Foundation, Madison Symphony Orchestra, Greater Madison Chamber of Commerce and United Way of Dane County Foundation.

“For nearly 25 years, Gary has been a true asset to Associated Bank and to the clients and communities we serve,” said Philip B. Flynn, president and CEO, Associated Bank. “We thank Gary and wish him the best in his retirement.”

In anticipation of Schaefer’s retirement, the company also announced that David Stein, executive vice president and head of Consumer and Business Banking for Associated Bank, will serve as Madison market president, effective January 1, 2019.

Stein joined Associated Bank in 2005 and has more than 30 years of banking experience. He resides in Madison and has been active in numerous civic organizations in the Madison community during his tenure with the bank. He currently chairs the board of trustees for the State of Wisconsin Investment Board, which oversees management of over $100 billion in state pension funds.

Associated Banc-Corp (NYSE: ASB) has total assets of over $33 billion and is one of the top 50 publicly traded U.S. bank holding companies. Headquartered in Green Bay, Wisconsin, Associated is a leading Midwest banking franchise, offering a full range of financial products and services from more than 230 banking locations serving more than 110 communities throughout Wisconsin, Illinois and Minnesota, and commercial financial services in Indiana, Michigan, Missouri, Ohio and Texas. Associated Bank, N.A. is an Equal Housing Lender, Equal Opportunity Lender and Member FDIC. More information about Associated Banc-Corp is available at www.associatedbank.com.