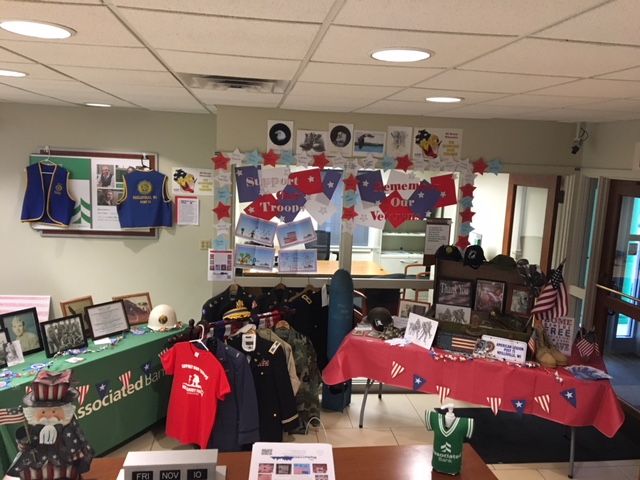 NEILLSVILLE, Wis. — February 1, 2018 — Associated Bank branches across the footprint are donating to their local American Legion Post to show support for veterans.

“Each year we invite the community to share veteran memorabilia and stories of their heroic journeys,” said Melissa Sinha, Neillsville branch manager. “The nostalgic displays we’ve been able to create have brought some customers to tears as they reflected on their personal experiences.”

The Neillsville branch display consisted of uniforms, boots, honorable awards and badges and a practice bomb from the local American Legion Post. They were also honored to host a military vehicle in their parking lot for a day, courtesy of the Armory and Highground Memorial.