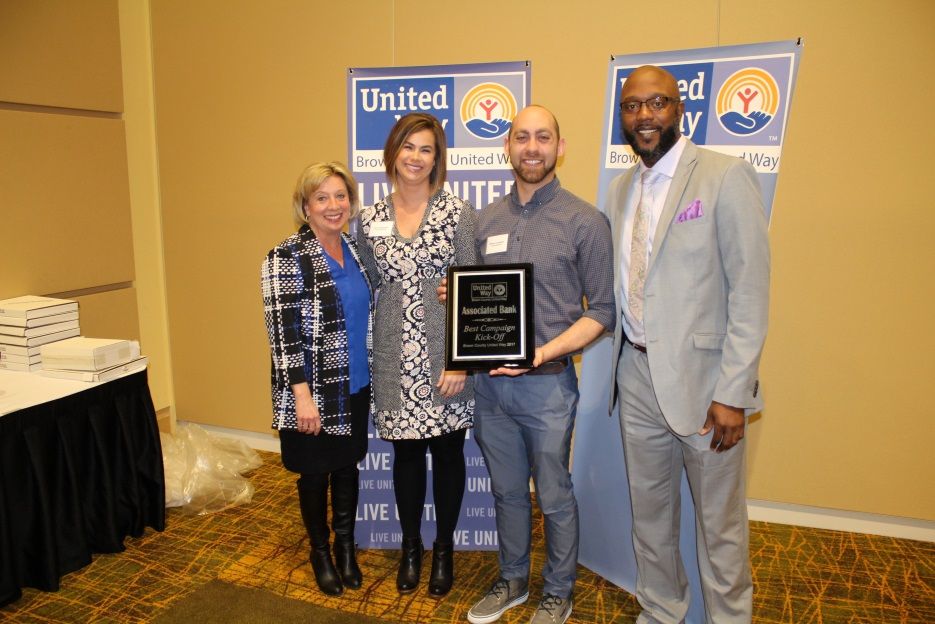 Associated Bank was proud to accept an award for “Best Campaign Kickoff” at the Brown County United Way’s annual meeting, held in Green Bay on March 1.

Each year, the award is presented to a company that embodies the engaging spirit of the campaign kickoff through a memorable special event with leadership involvement that propels employee interest in the company’s campaign.

“We were very happy with the outcome of our 2017 kickoff event,” said Erica DeQuaine, corporate events and volunteer program manager. “To be recognized for our hard work and dedication to the Brown County United Way is an added bonus. We’re already planning and looking forward to making this year’s kickoff event even bigger and better.”